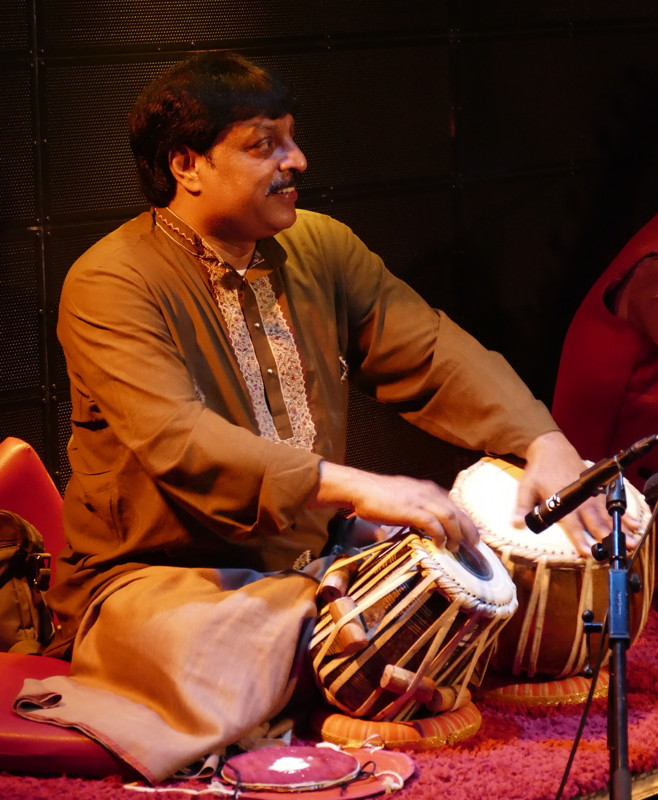 Ustad Hanif Khan is a highly regarded tabla master, who has regular concerts and gives lessons in Germany since his Europe Tour in 2012. With his brilliant rhythms and extraordinarily sensitive and melodious tabla sound he touches his listeners worldwide.

Hanif was born in ca 1960 in one famous, traditional music family in Rajastan in India. Consequently, he studied music – Sarangi and tabla – since the age of seven. He received his first lessons from his grandfather USTAD AZIM KHAN, who was one of the best and most famous sarangi player and singer. Other teachers were his older brothers USTAD AZIZ KHAN and BABU KHAN. Hanifs father USTAD MAJID KHAN was one Sarangi legend – same as his 20 years older brother USTAD SULTAN KHAN.

He played with legendary maestros of Indian classical music: